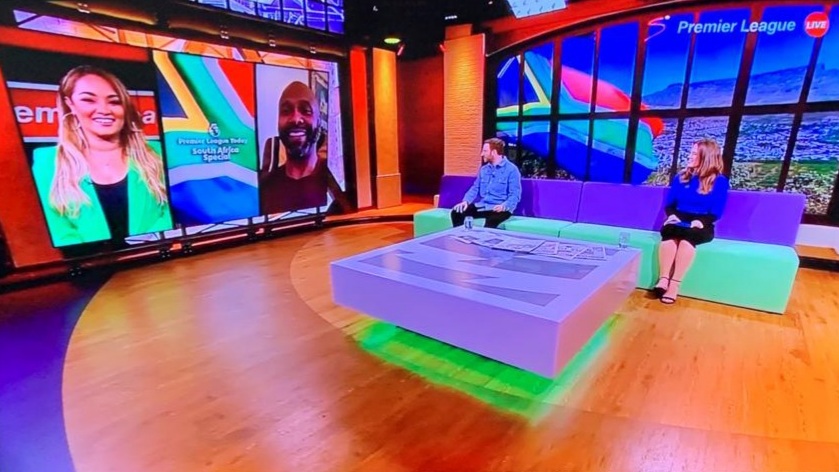 SuperSport presenter Julia Stuart co-hosted the show from the studio in Johannesburg and former Leeds United captain Lucas Radebe joined the show via Zoom link up to Alex Aljoe and Ian Irving in the Premier League studio.

The “South Africa Special” formed part of a series of special episodes that highlighted select countries and players from that country that have played in the League.

The tribute show highlighted key South African players and the impact of the players on the league and the resonance of the Premier League in South Africa.

As arguably one of the most impactful and best-loved South African players to have played in the Premier League, Lucas Radebe was joined on the show by Kaiser Chiefs band members Ricky Wilson and Simon Rix as well as podcaster Thomas Bradley from “I’d Radebe Leeds”.

The guests discussed their greatest Lucas Radebe – Leeds United memories and his influence on and off the field.

Lucas’ impact beyond the field includes his influence on popular culture, as highlighted by the Kaiser Chiefs’ band name, and his continued close relationship with the fans evident through the numerous tribute fan pages and podcasts in his honour.