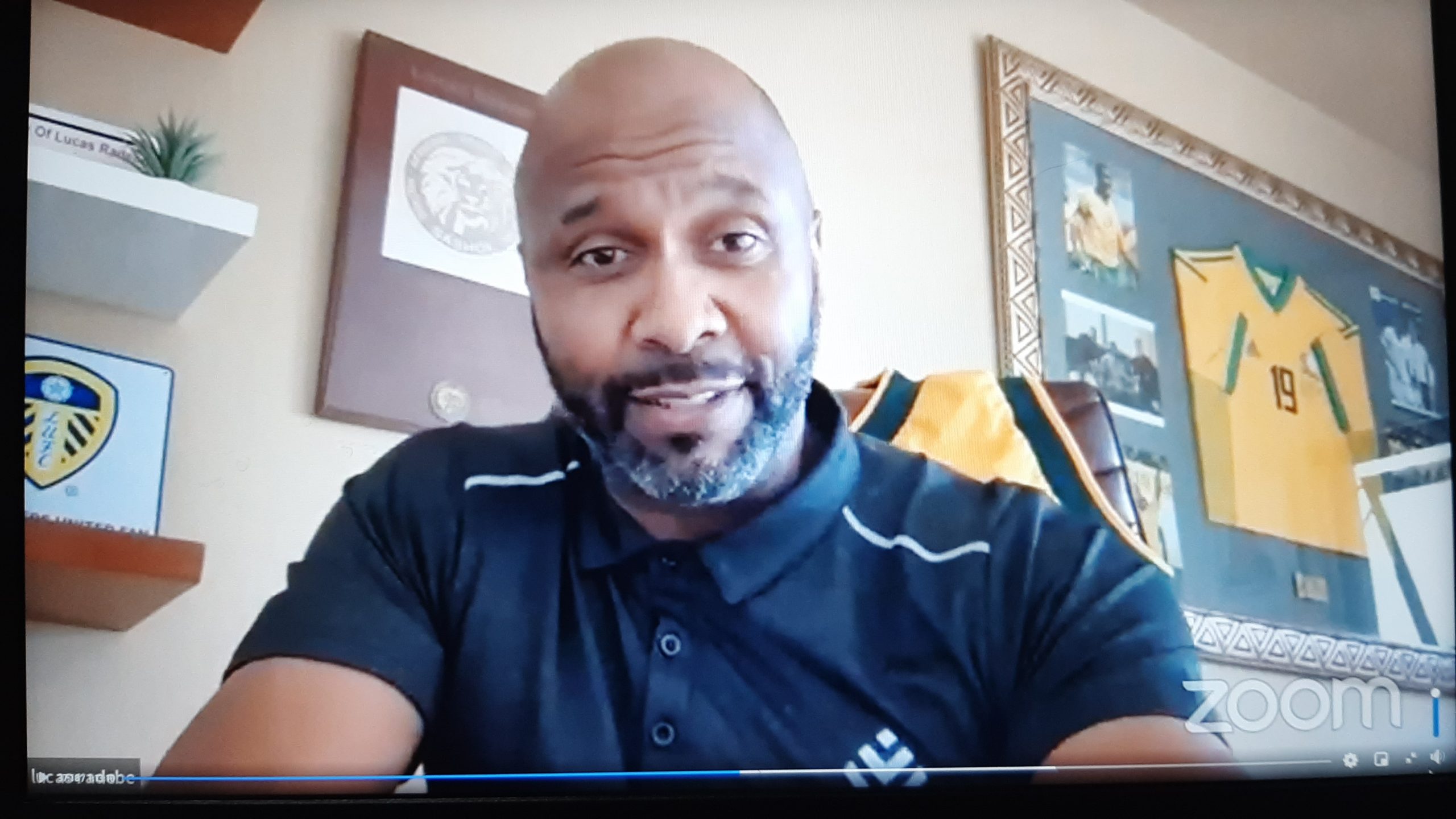 Despite worldwide attention and global movements to shine a light on and to overcome racism, the online racial abuse against Premier League players this past week has once again highlighted that we have a long way to go to tackling racism on the field, online and in the broader global community.

As part of the greater initiative against racism, Lucas Radebe joined Steven Pienaar and Shaka Hislop for the launch of “Show Racism The Red Card” in South Africa on Thursday, 28th January 2021.

Reciting Nelson Mandela’s inspirational quotes on education and sport; “Education is the most powerful weapon” and that “Sport speaks to youth in a language they understand”, Lucas said, “This initiative is harnesses both the power of education and sport and I have no doubt that they will make a positive difference”.