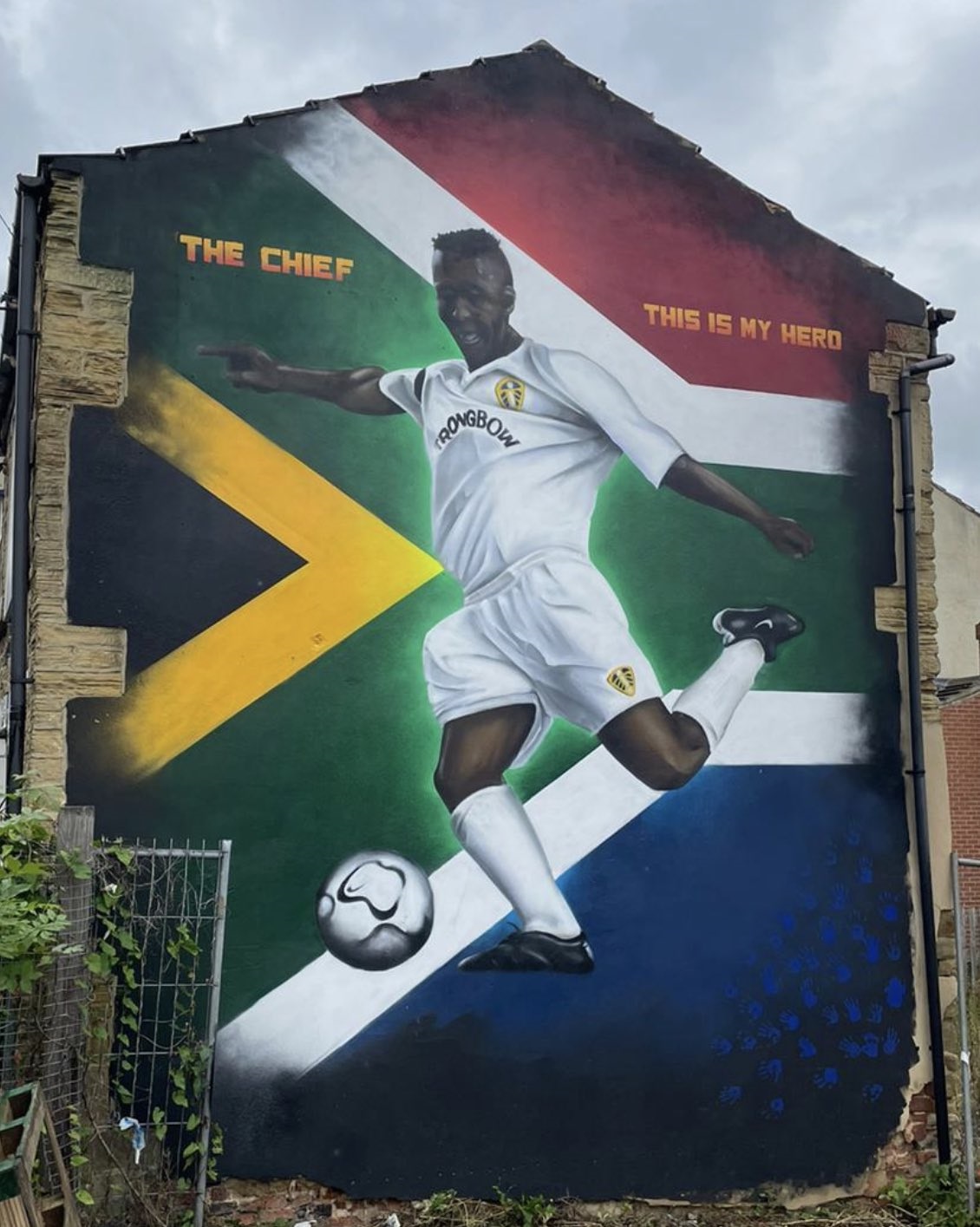 Lucas Radebe mural a symbol of inclusivity and diversity

The Leeds United Supporters’ Trust unveiled a mural depicting Leeds United Captain Lucas Radebe funded by Fans for Diversity, a joint project of the Football Supporter’s Association and the Kick it Out campaign celebrating diversity in football.

Lucas Radebe told the Yorkshire Evening Post, “I am very proud and honoured to be chosen as the subject for the latest mural from the Leeds United Supporters’ Trust. I have been a passionate anti-racism campaigner during my playing career at Leeds and since I have retired. I am delighted that this mural will stand as a symbol for the message of inclusivity and diversity in my second home of Leeds. I can’t wait to come and see it in person. I really appreciate the support and love you guys show to me.”

The mural depicts Lucas Radebe, the South African flag with “The Chief” and “This is My Hero” honouring Lucas’ nickname and the phrase used my Nelson Mandela to describe Lucas.

Children named Lucas after the Leeds United legend to add their handprints to the mural and got a surprise face time from Lucas.