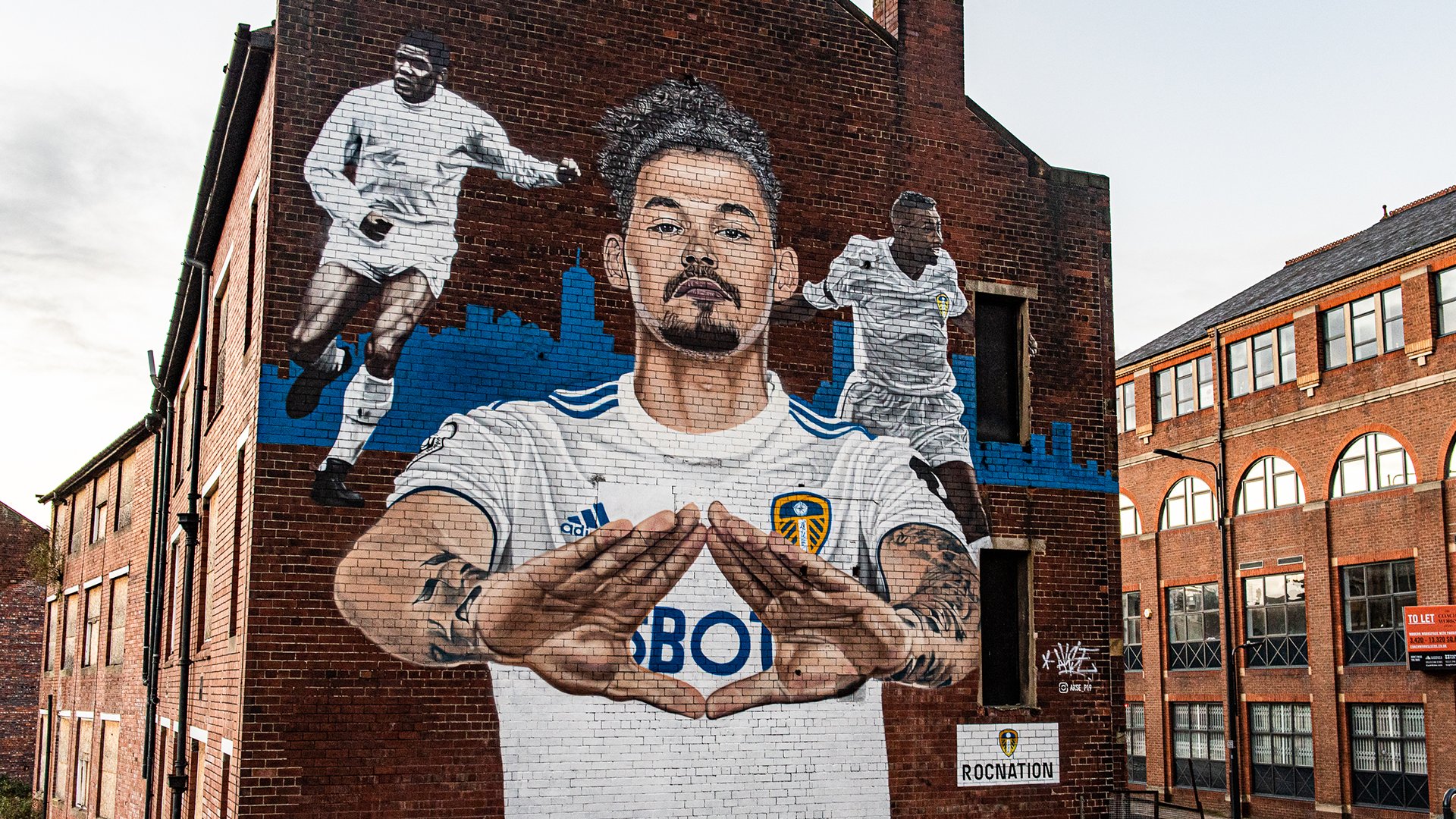 Lucas Radebe has been muralised in a painting in alongside Kalvin Phillips and Albert Johanneson.

Leeds United’s homegrown hero Phillips is featured in the heart of the mural with Johanneson and Radebe featuring on either side of the midfielder nicknamed “The Yorkshire Pirlo”.

The mural, painted on a building in the Calls area of Leeds city centre, proudly honours the diverse heritage of the club.

Johanneson and Radebe, both South Africans, paved a way for many young players from diverse backgrounds to play for Leeds United.

Johanneson famously became the first player of African heritage to play in a FA Cup final in 1965.

Radebe, fondly known as “The Chief” by Leeds fans, Radebe is still revered at the club he spent 11 years at. Radebe was given the captains armband in the 1998/ 1999 season. Radebe went on to lead his team to a third place finish in the Premier League during the 1999/2000 season and to the semi-finals of the UEFA Champions League the following season.

Commenting on his inclusion in the special piece of art, Lucas Radebe said, “I’m so honoured and humbled to be muralised on a wall in the city I love alongside Kalvin and a fellow South African, the legendary, Albert Johanneson who paved the way for black footballers.”

The mural was painted by street artist Akse P19 in celebration of Leeds United’s new partnership with Roc Nation.